The Jewish presence in Ireland from Sephardic roots in the seventeenth century to Ashkenazi immigration in the 1800’s has always been small. It wasn’t until the turn of the twentieth century with the influx of Jews fleeing Russia that there was a significant community totalling 5,000 by 1911.

Jews settled mostly in Dublin and Belfast but also communities were formed in Cork, Limerick, Waterford and Derry. Most of the newly arrived were poor and deeply religious and many had originated from the town of Akmene in Northern Lithuania. In many cases, families moved between Britain and Ireland before deciding to settle down or move further afield to the United States or South Africa.

The Irish community reached its peak during the 1940’s. In the years following the war, many emigrated to find better opportunities or to settle in Israel.

Today, the community is based in Dublin, with a congregation also in Belfast and a new roaming Munster community around Cork.

We have created a timeline of historic events, marking the most notable of them in an easy to read fashion, from the arrival of the first jews in Ireland in 1062 to the first Jewish Lord Mayor of Dublin in 1956, all the facts are to be found here. 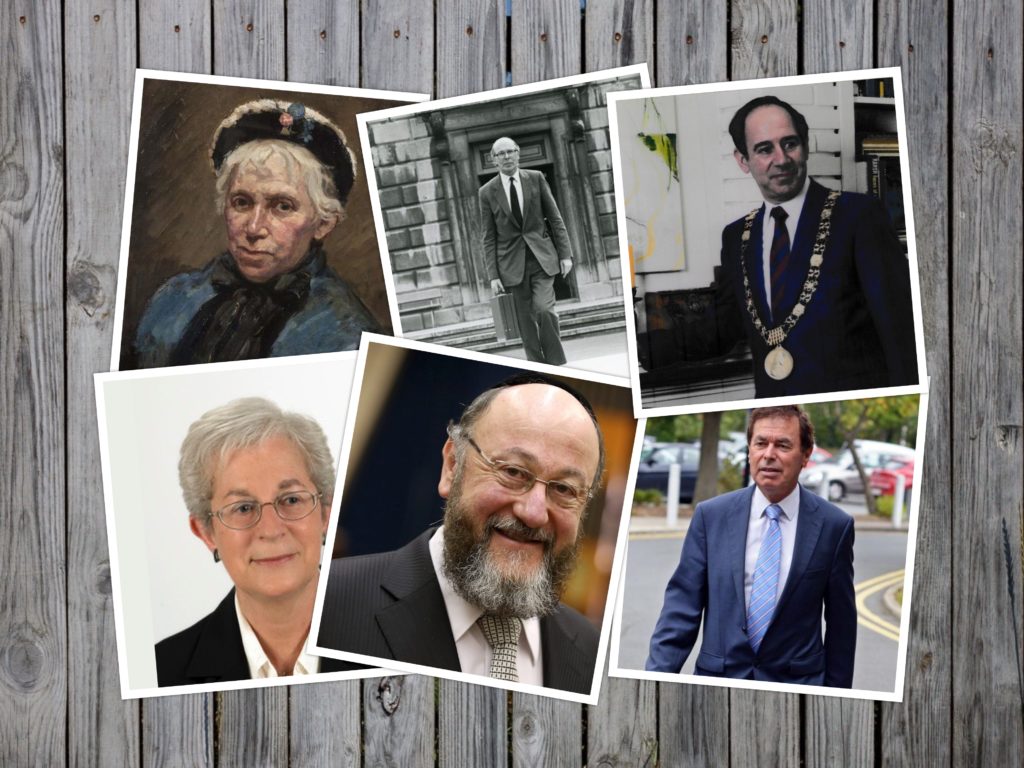 Here are biographies of some of the most notable Jewish people in Ireland. There is a diverse mix of people from all walks of life, some of them made important impacts on politics, while others impacted Irish and Jewish cultural life.

Prominent People
The Jewish Museum has a large collection of visual, oral and written accounts of those who lived and grew up in and around the centres of Jewish life, throughout the 19th and 20th Century. Some of that collection is shared in this section of the site, including audio recordings, period photographs and written accounts in the form of downloadable pdfs.
Memories of Jewish Ireland

Although Ireland remained neutral during WW11 and was not therefore directly affected by the atrocities of the Holocaust, there are many connections to be made through the experiences of Irish people abroad, refugees who came to Ireland, international politics and the trauma of those who could not be reunited with their loved ones on continental Europe.

Ireland and the Holocaust
0