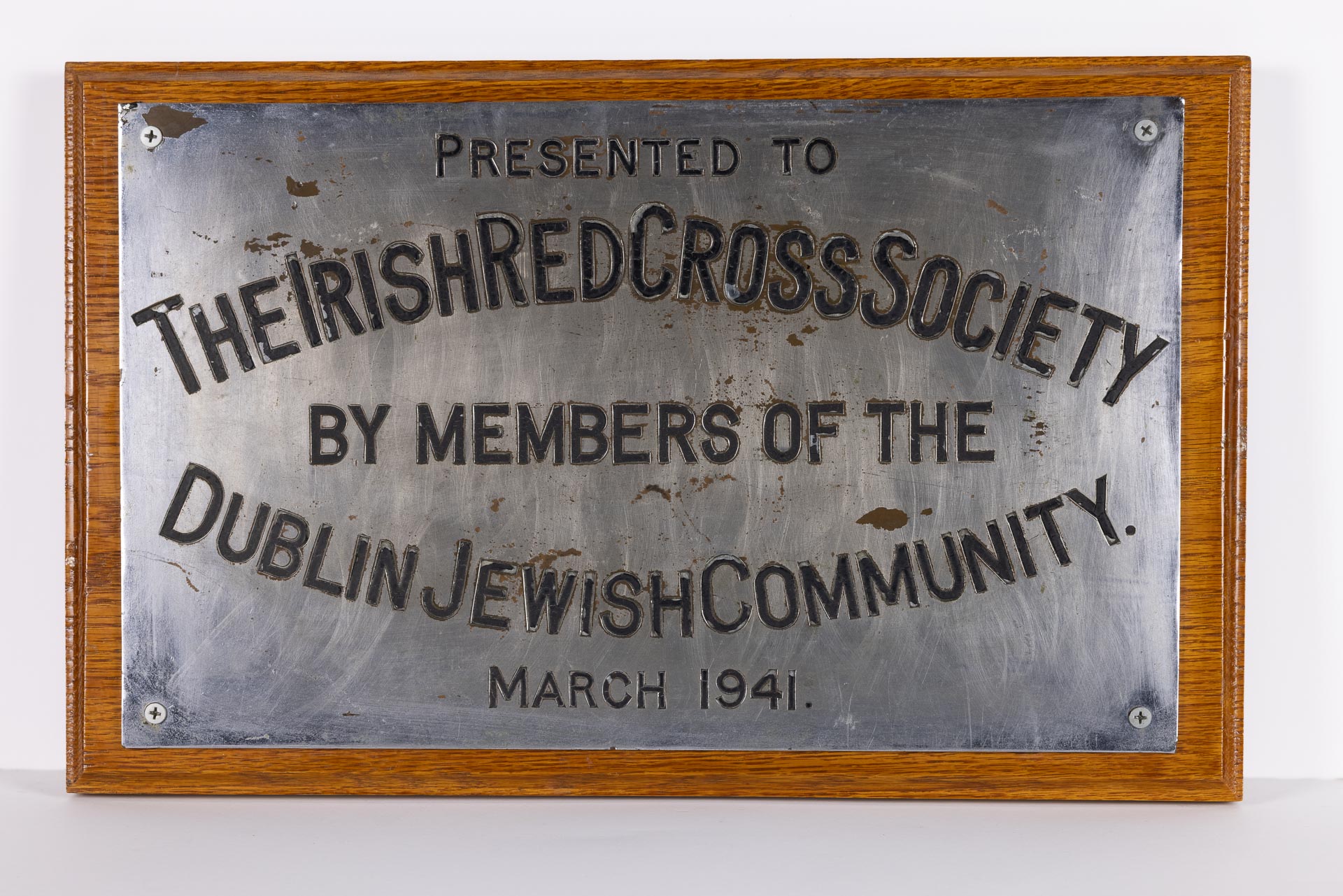 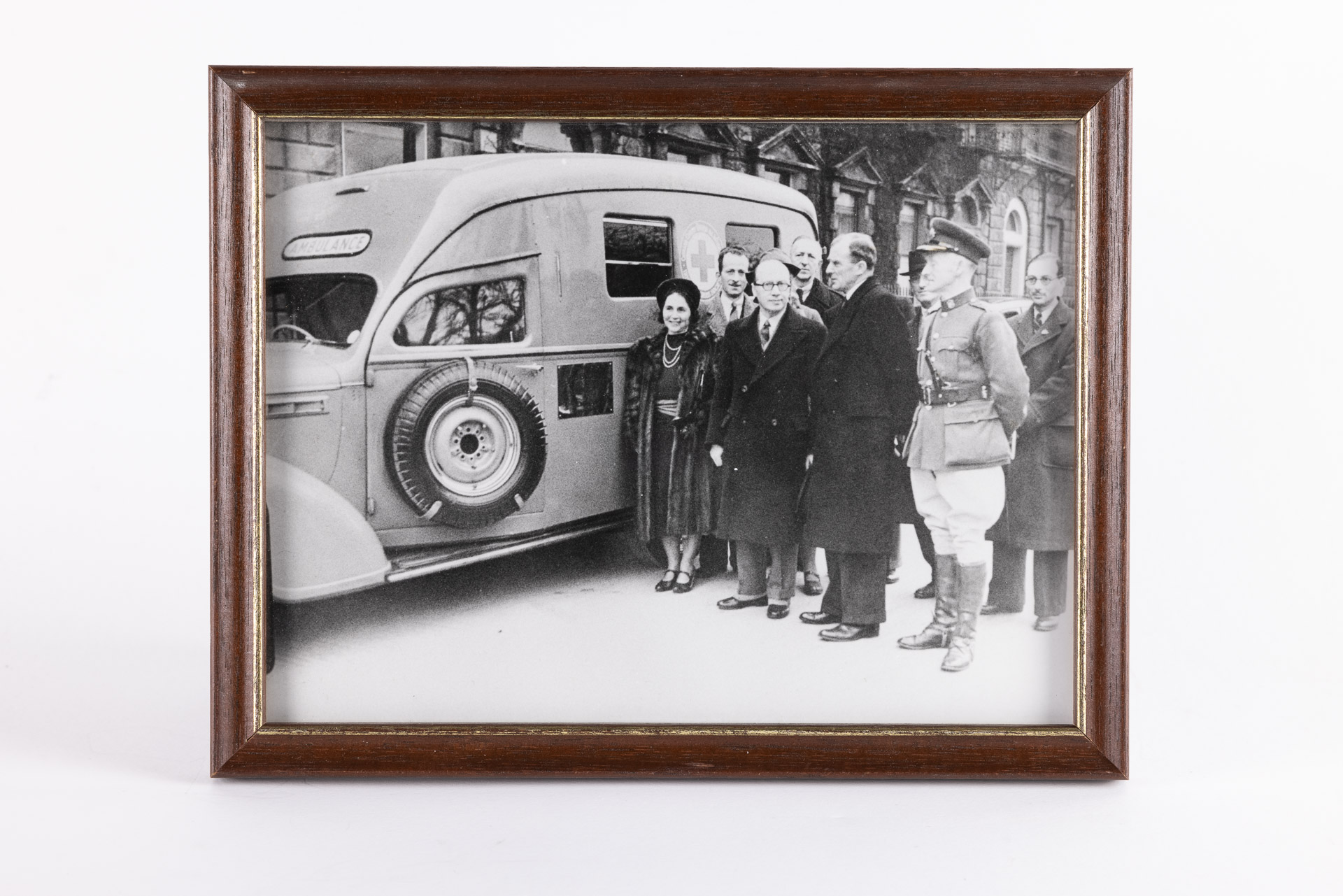 In 1940 Cllr. Robert Briscoe was approached by Mr. D. French the Chairman of The Irish Red Cross to ask if the Jewish Community would consider assisting them with a the provision of a replacement ambulance. The Jewish Community complied with the request and in 1941 they presented the Red Cross with the new ambulance in March.

This is the plaque from the ambulance donated to The Irish Red Cross Society in March 1941 and was originally attached to the side of the ambulance.

The second photo shows Professor Leonard Abrahamson (third from left) beside his wife Tillie (Nurock) presenting the ambulance on behalf of the Jewish community.

More artefacts from our collection

The Ellimans with President De Valera