Within The Pale – Michael Davitt 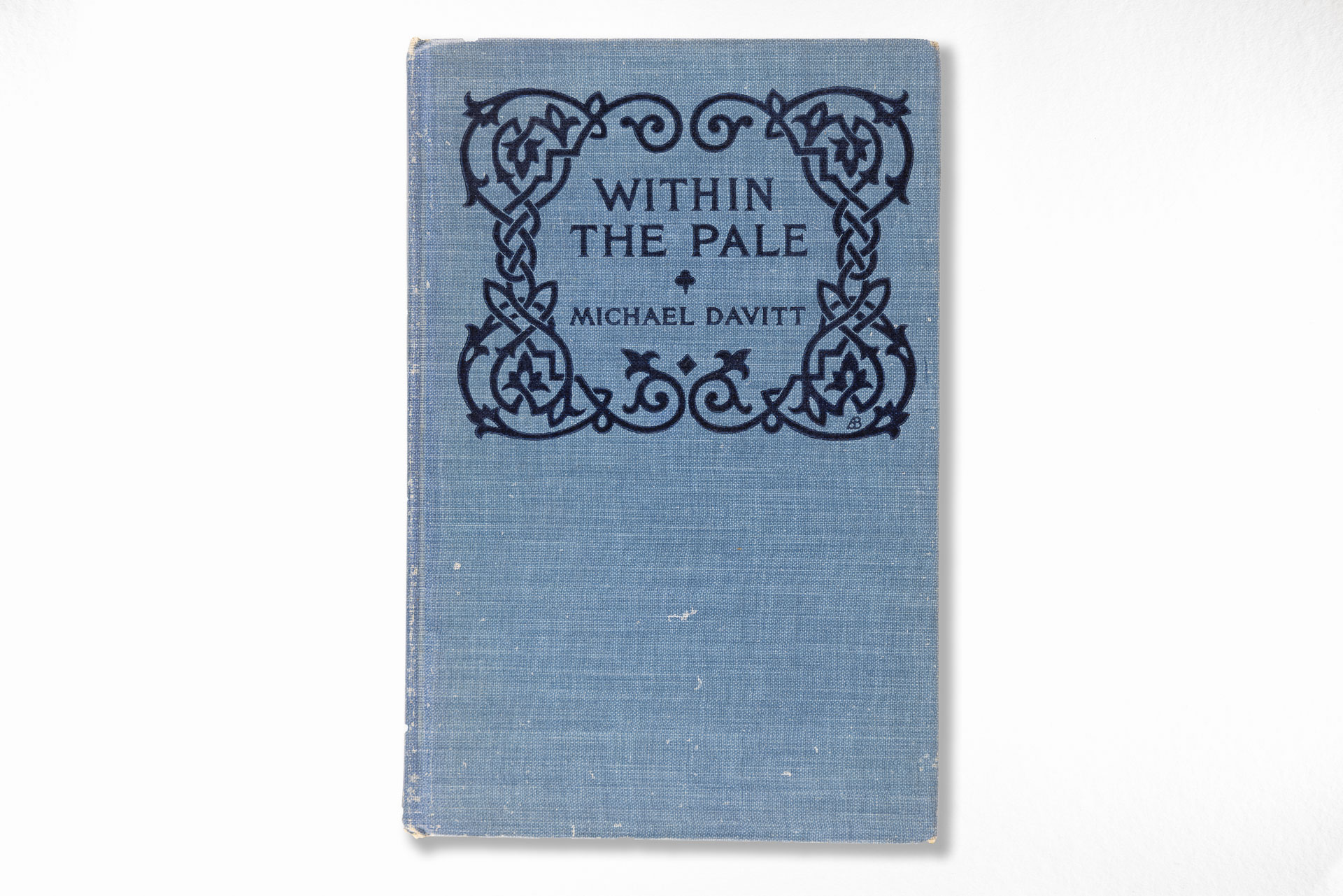 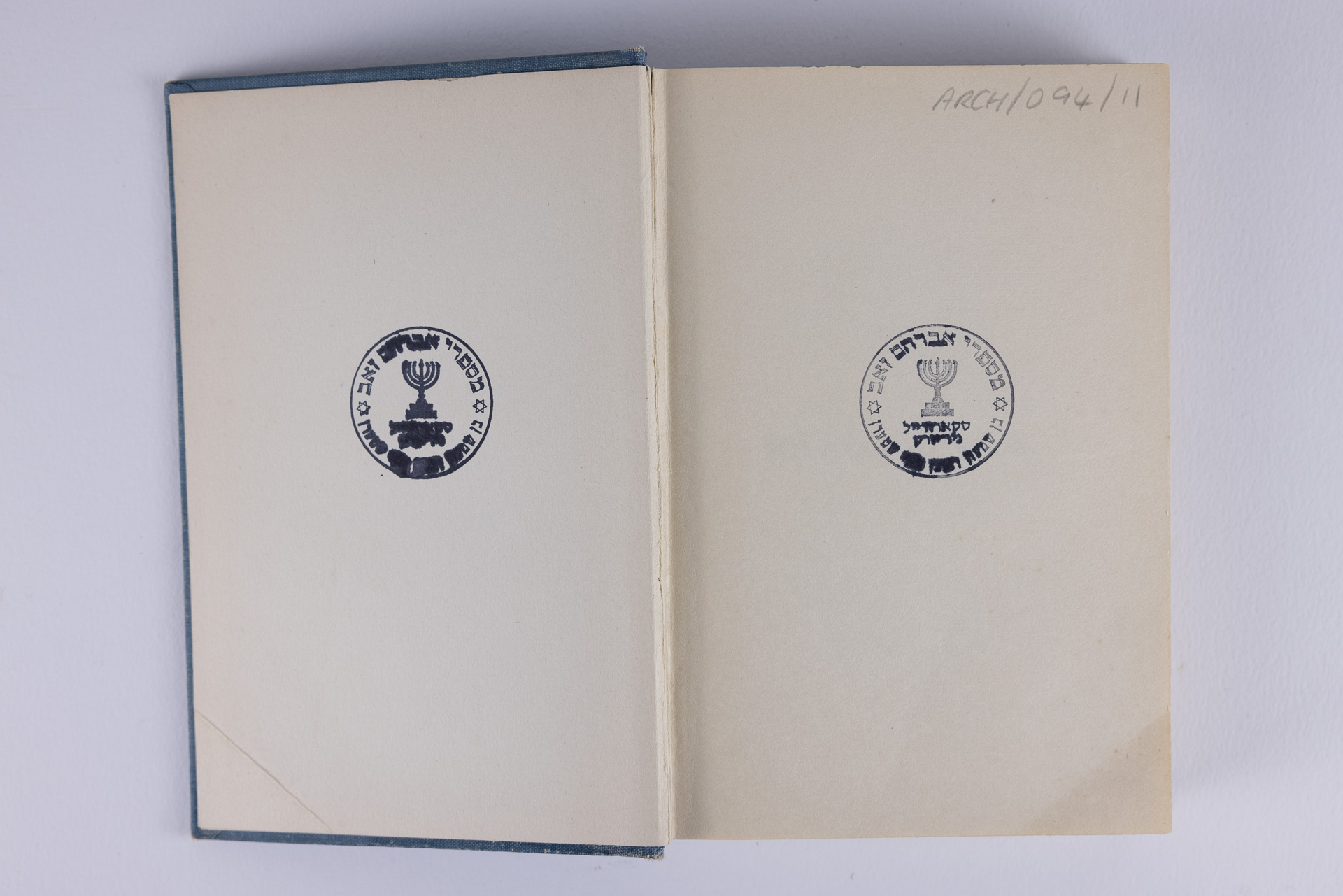 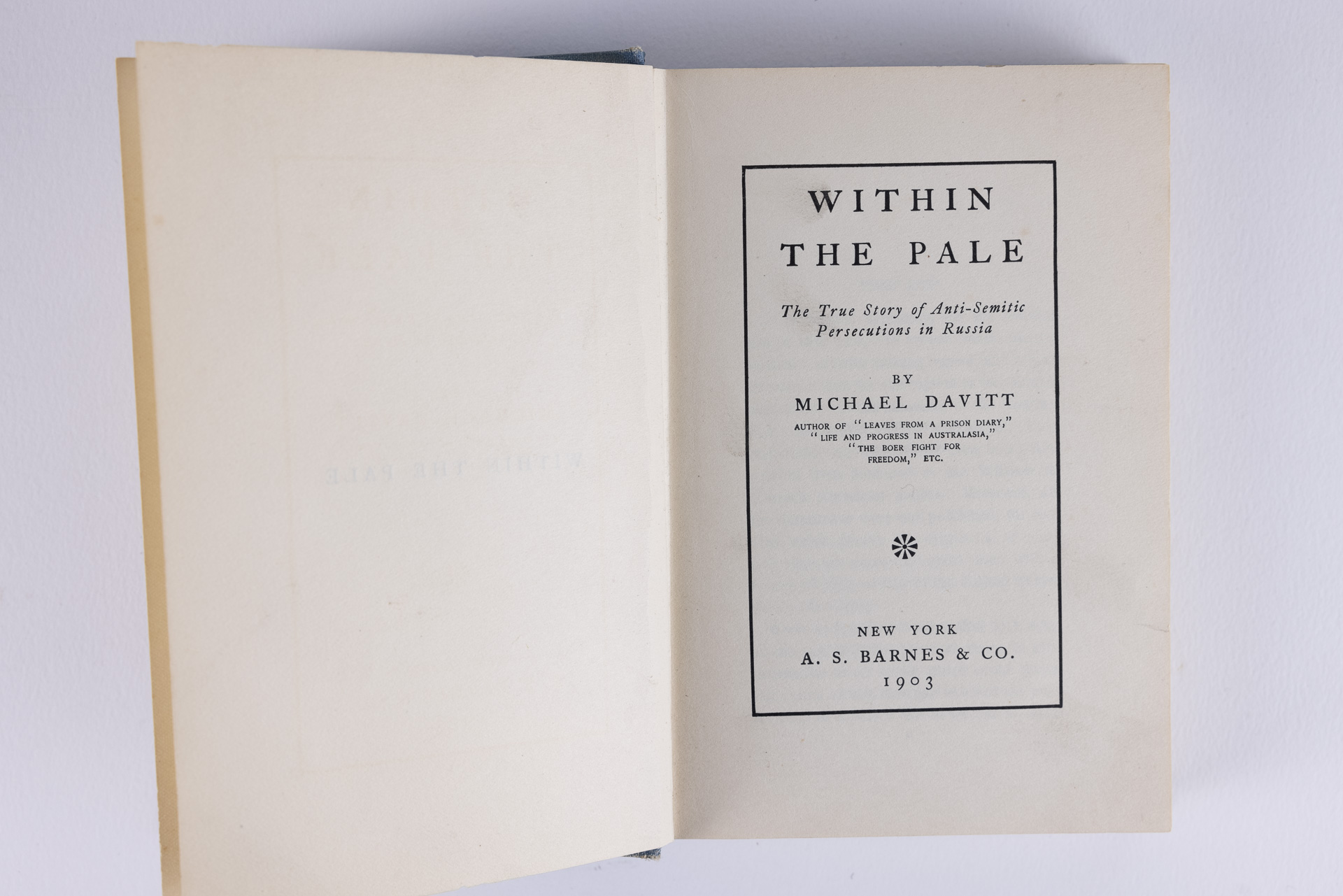 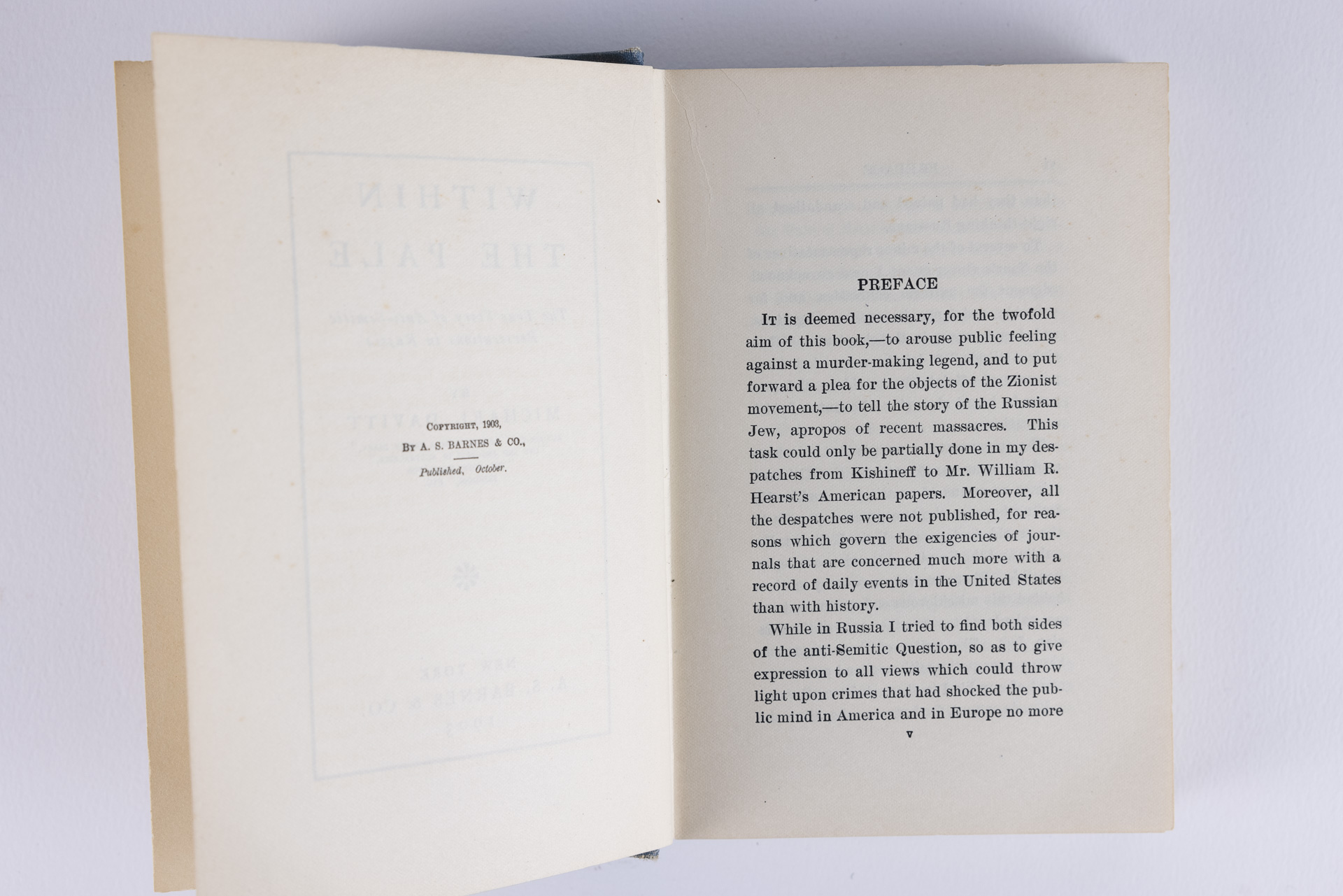 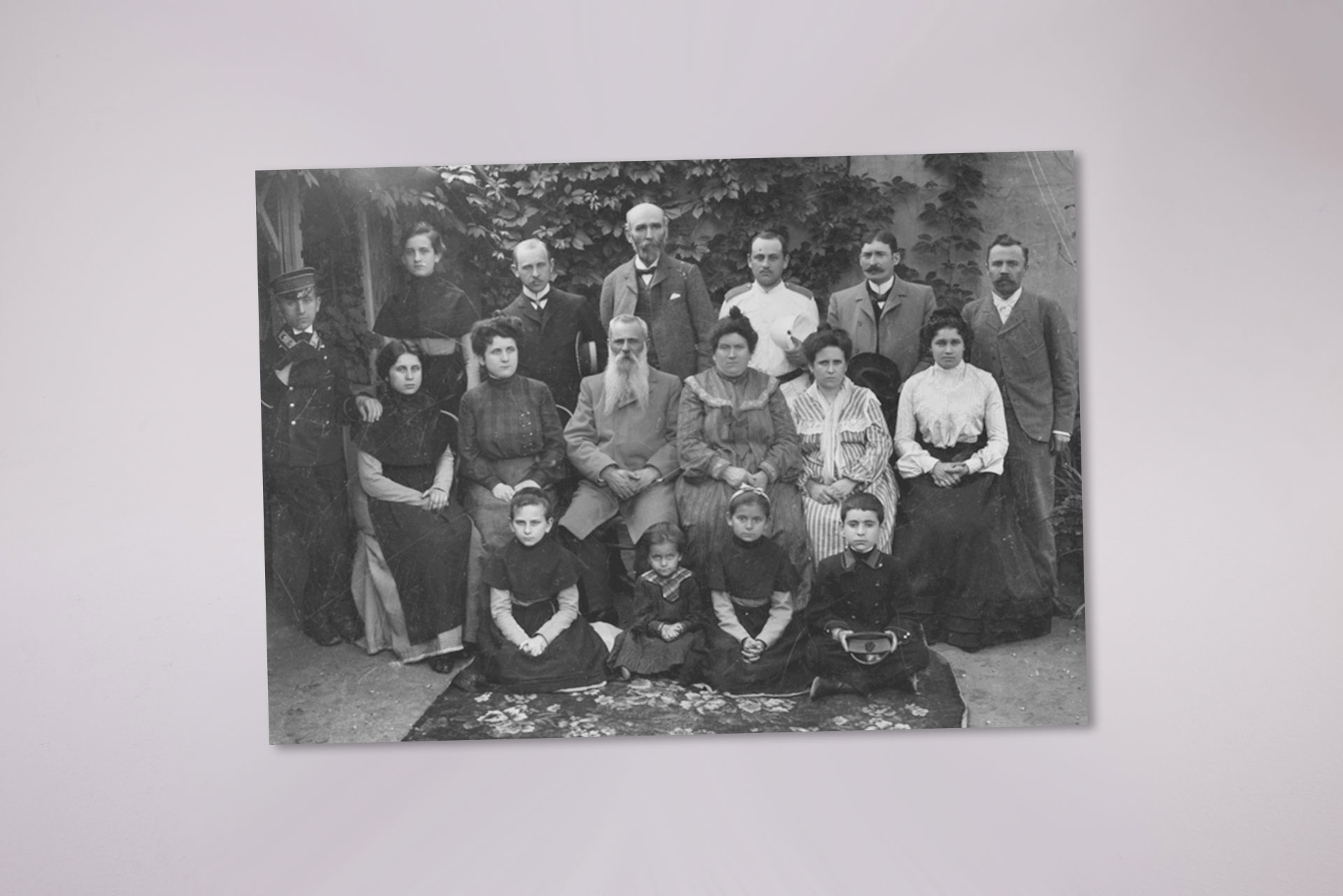 Michael Davitt (centre back) with a Jewish family in Kishinev
Photo: Courtesy of the Board of Trinity College Dublin

Written by the founder of the Irish Land League Movement and Irish political activist Michael Davitt, Within the Pale: The True Story of Anti-Semitic Persecutions in Russia (1903), is an account of the author’s travel to Kishinev, Bessarabia in the Russian Empire in 1903 as a special correspondent to report on the massacres of the Jews on behalf of Hearst Newspapers.

Davitt was one of the first foreign journalists to report on the Kishinev pogrom which resulted in 51 Jews being slaughtered, 400 injured and 10,000 Jews being displaced. Davitt described it as “one of the most abominable tragedies in modern times” and declared his support for Zionism, believing that political independence was the only solution to the “Jewish Question” just as it was for the “Irish Question”.

More artefacts from our collection